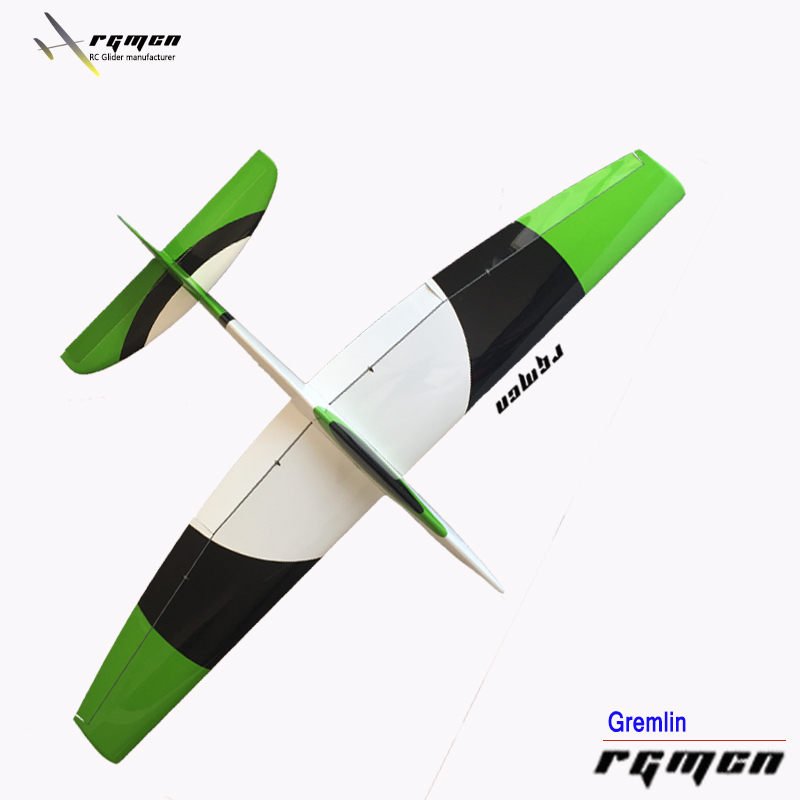 The Gremlin 1.5m is a lovely 60" slope soarer that flies beautifully in most wind conditions. A great model for mad 3D aerbatics and general fun flying. It has a good speed range and is extremely manouverable.

The optimized sections will let you go from extreme aerobatics, through big air, graceful manoeuvres down to really slow landing speeds with the flaps down. Large ailerons, large flaps and a semi elliptical wing plan form each add to the overall performance of the sailplane.

Used in several military aircraft, the Sine Wave Spar has been adapted for the first time to make up the heart of a model sailplane wing, and has frankly amazed us with its low weight, and ultra high strength. Unlike a conventional spar the Sine Wave Spar adds terrific torsional strength and yet actually weighs considerably less than the older non-optimized spar. Now used in all ACAP sailplanes, the Sine Wave Spar is a lighter and far stronger upgrade that raises the technology level yet another notch.

The beautifully contoured fuse is deep, and balanced front to back to give the side area required for some aerobatic manoeuvres. Its strong, light, and stiff with Carbon/Kevlar. Electronics area is 2.4 GHz friendly with access to the radio and ballast through a conventional slide-on hatch type canopy. The long nose area provides plenty of space to easily balance the model without resorting to shoehorning lead in every nook and cranny.

Snakes or rear mounted direct servos can be used for Rudder/Elevator control. These are all positioned to take the ‘head scratching’ out of installing the radio gear and to allow the use of standard 19/20mm round ballast slugs, 10 of them if you need them, which added to the optional ballast in the wings allows more than 1.5kg capability!

The rudder is designed large enough to be effective for both aerobatics and slow landing speeds. Wing stub fairings with location dowel holes finish the fuselage. An added advantage is that it’s extremely easy to convert to electric.

At 10%, the tail sailplane section is thicker than is the norm but the infinitesimal increase in drag is easily offset by the increased control response for less deflection. To increase the efficiency, pitch control is accomplished by using an elevator. The elevator is driven by either an optional ball raced bell crank from a servo in the fuse, or a servo can be placed in a hatch through the fin to give solid elevator control. The tails remain removable for convenient transport or storage.

In addition to the supplied ballast tube the kit accessory bag includes the fuselage servo tray, four plastic servo mounting frames (designed to take larger 30 mm x 35 mm wing servos), good quality metal wing clevises and pushrods, and colour coded hatch covers. The fuselage is fitted with two nice carbon pushods. The elevator servo can be fitted in the fin to simplify the installation, or in the front of the fuse to help with the CG. In the later case rthe customer will need to supply a belcrank to operate the all flying tail. In both cases the customer will need to supply the tail linkage hardware. The cut outs in the fuselage servo tray are for servos with a body footprint of 23 mm x 12 mm. 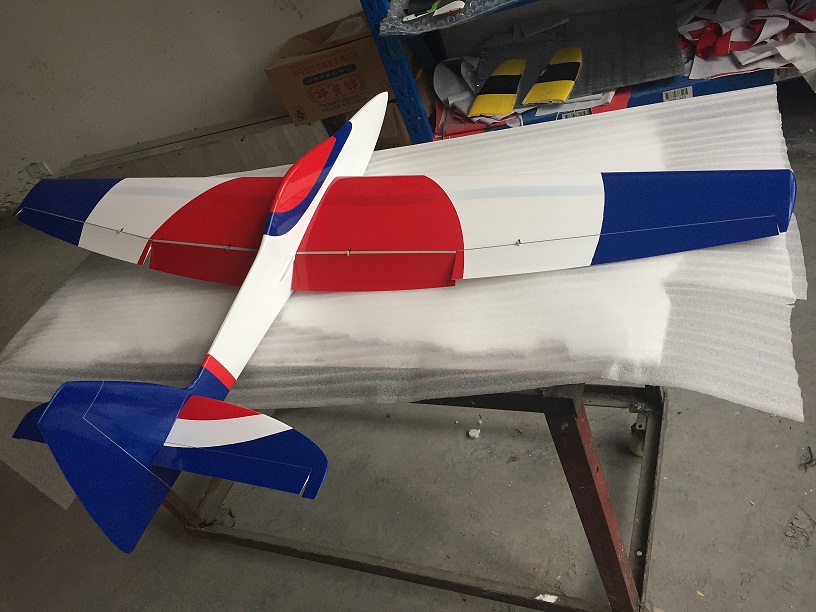 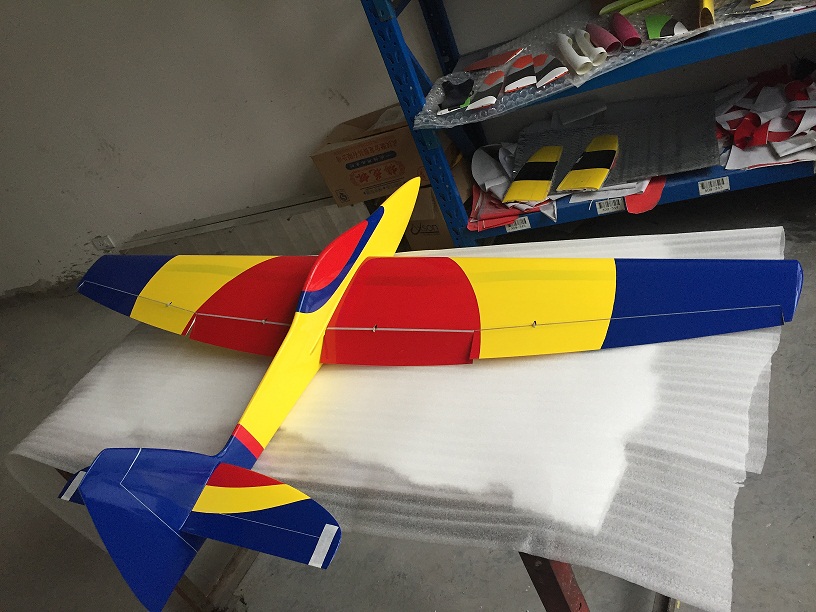 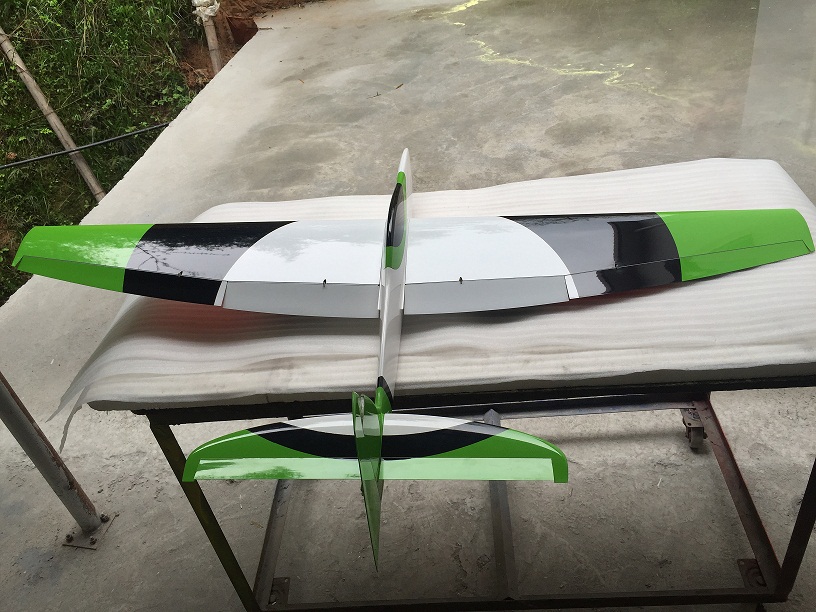 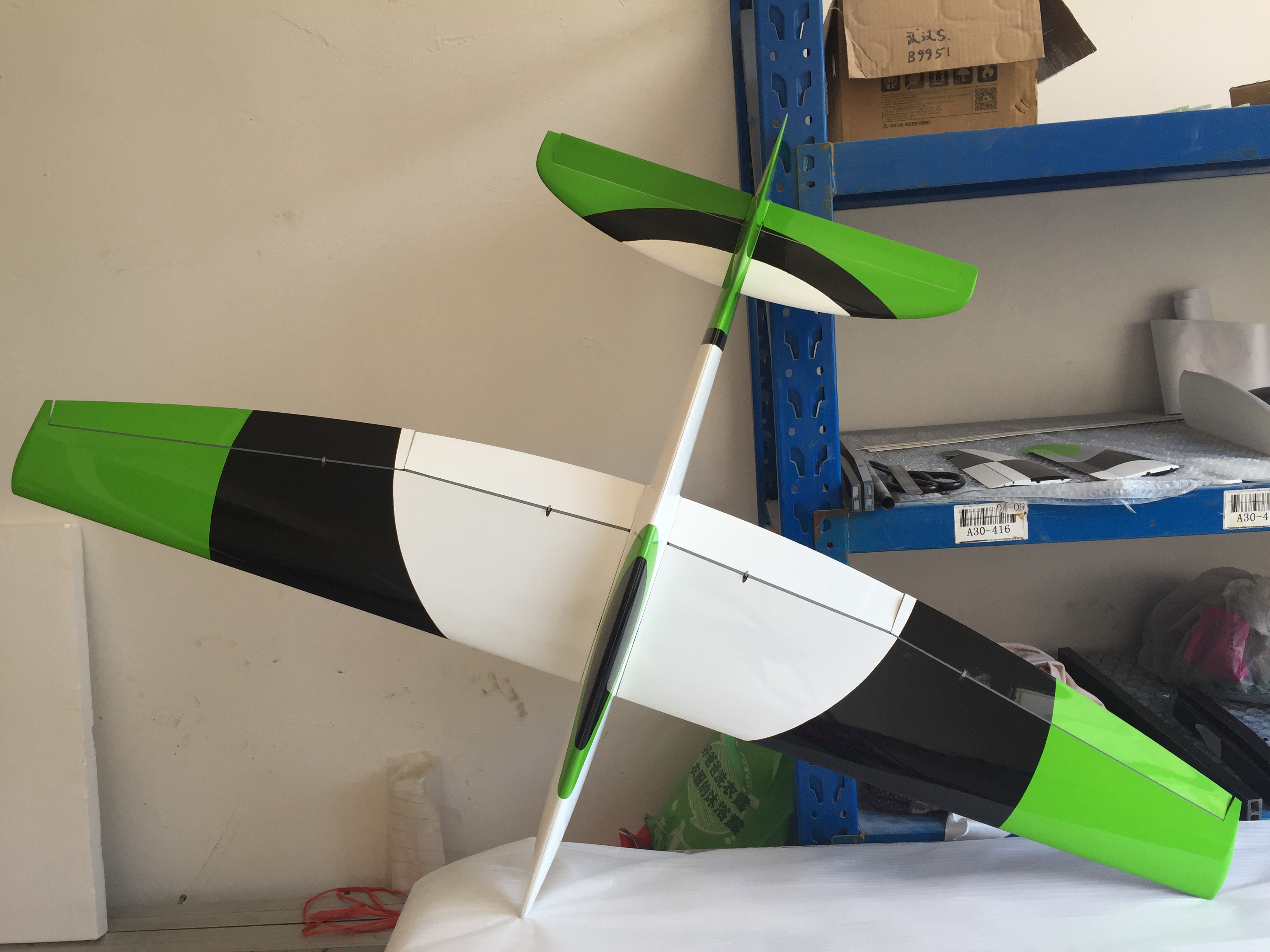 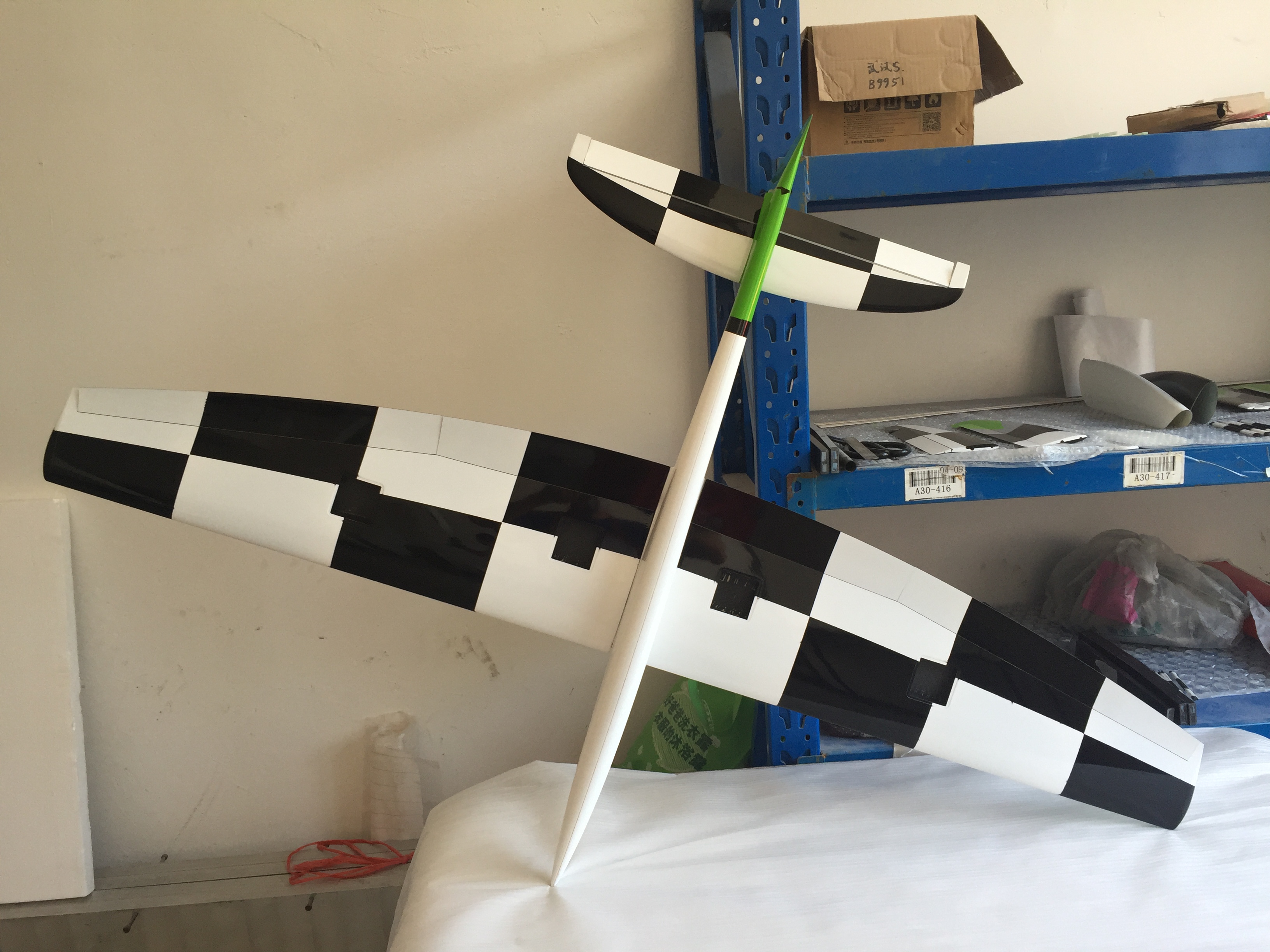 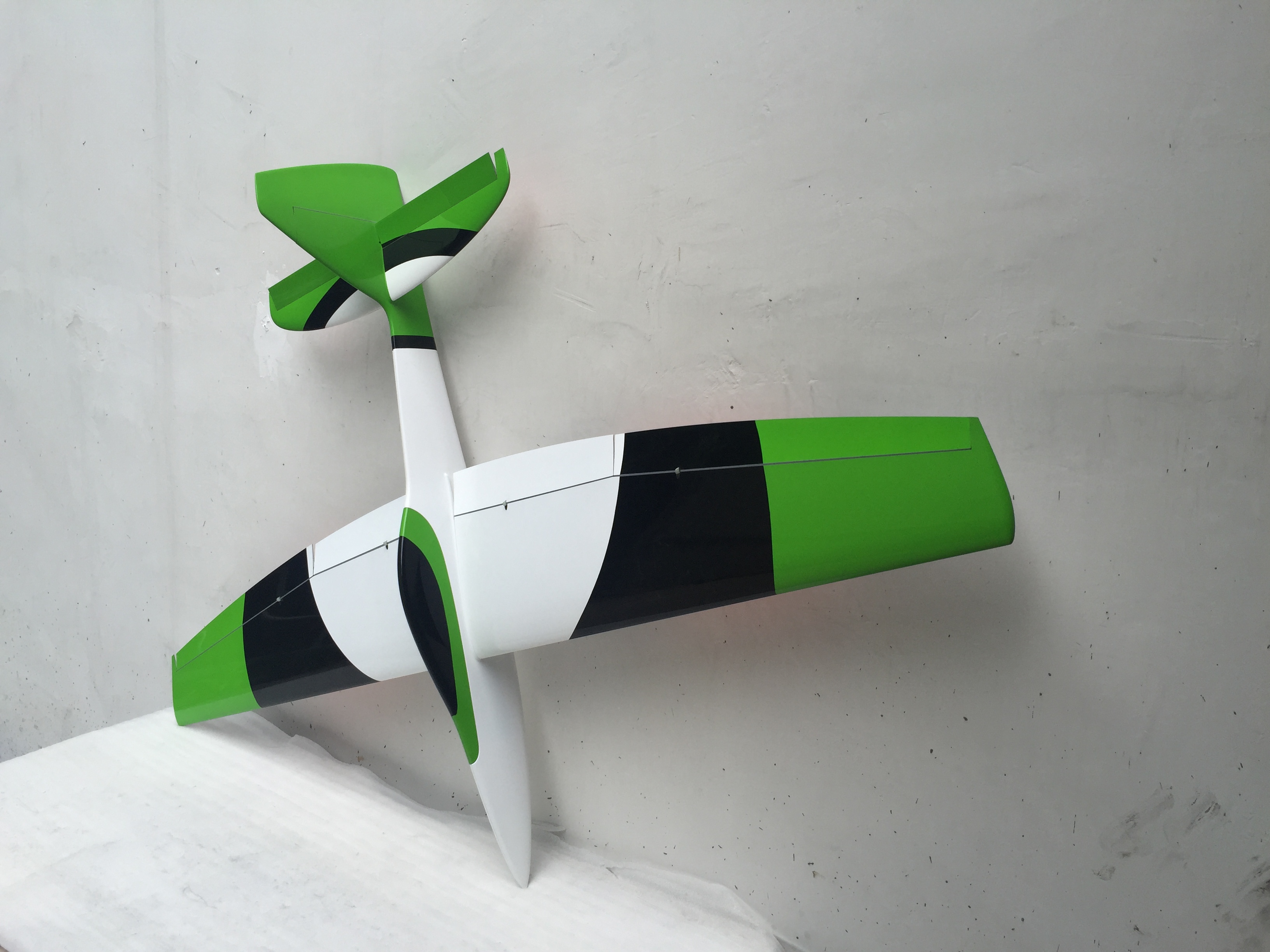 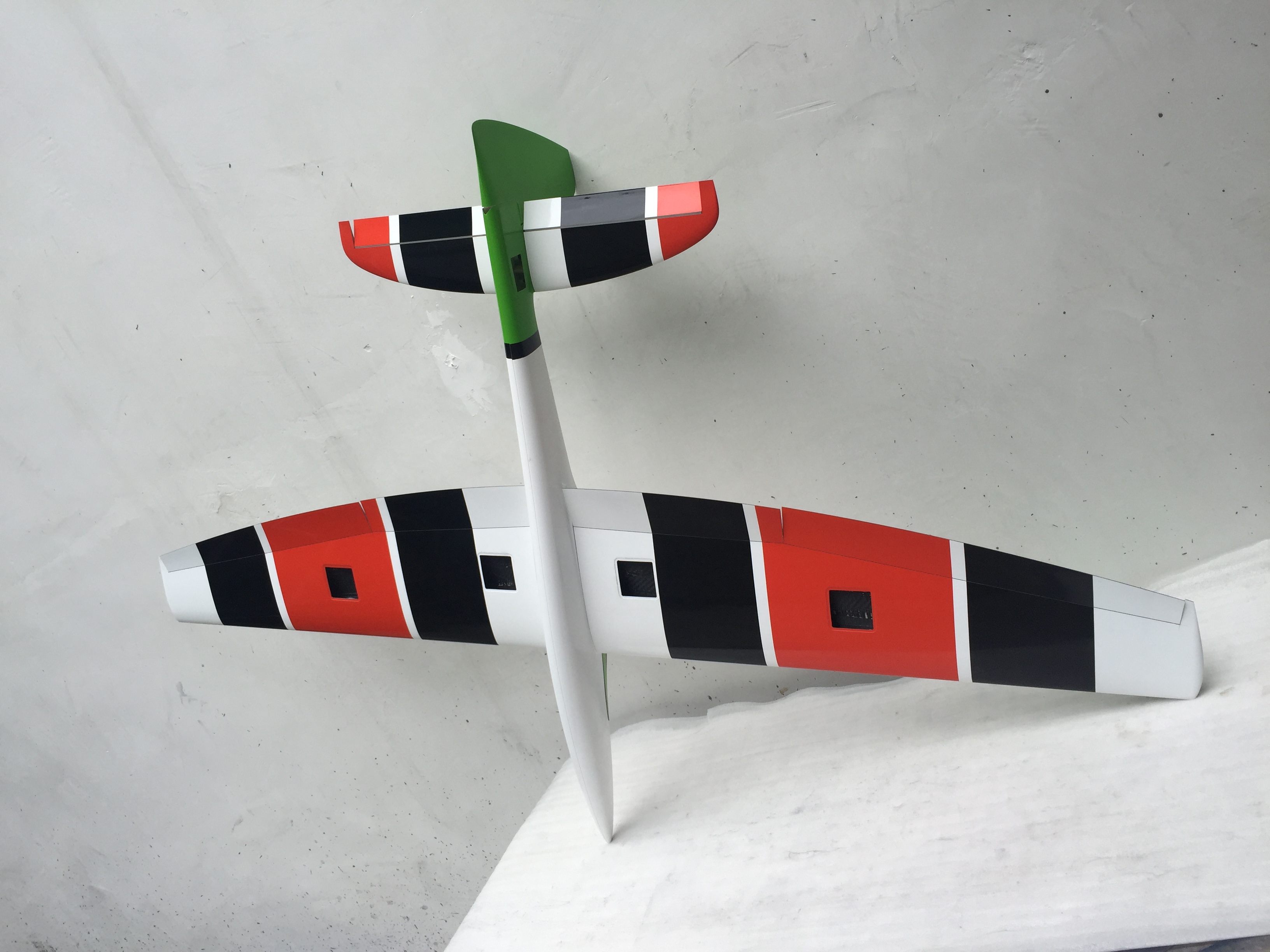