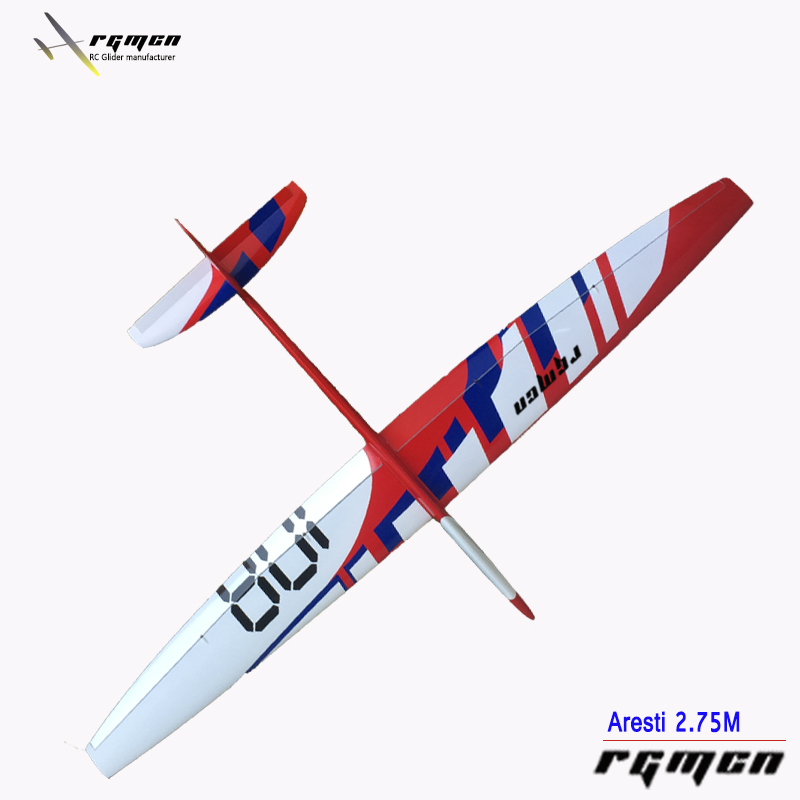 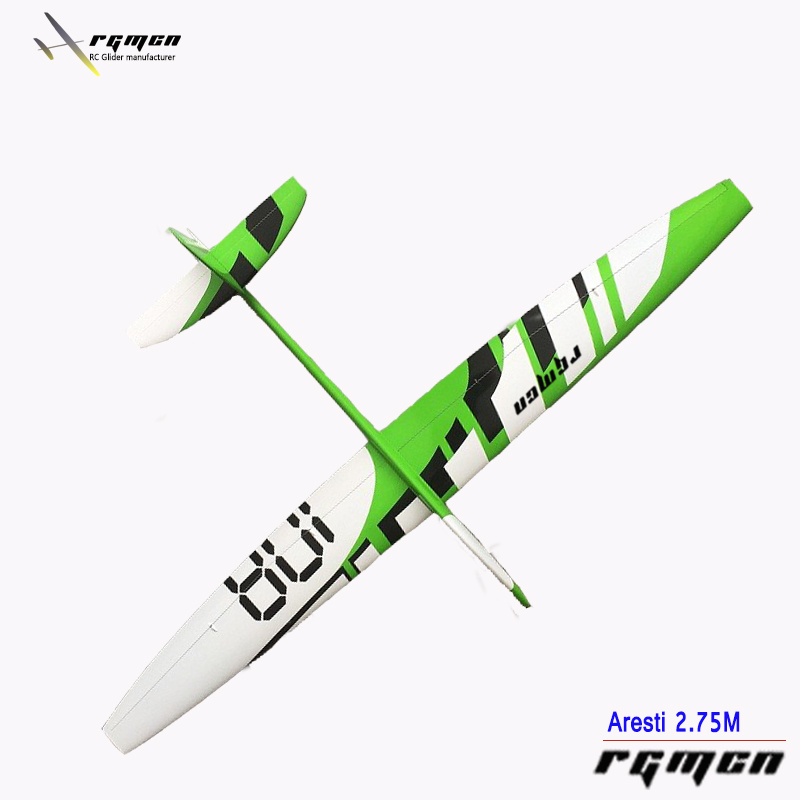 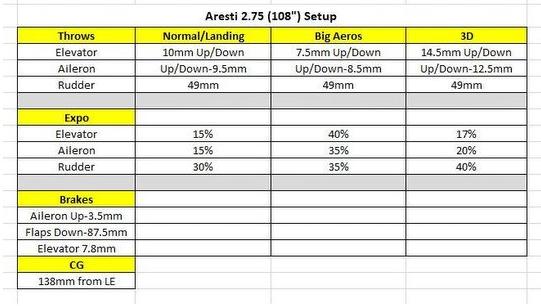 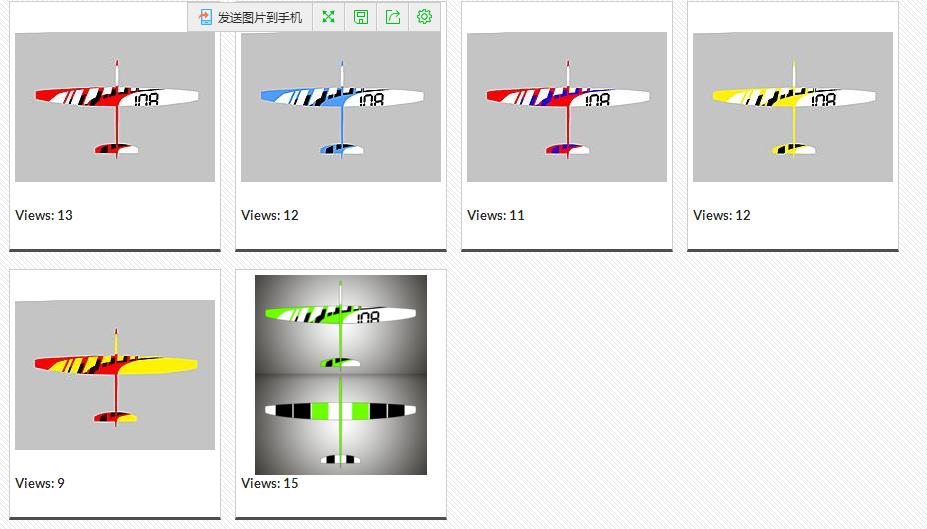 The Aresti 2.75m (108") is a Big Air Aerobatic Slope Soarer par excellence. This model is BIG, much larger than the span would suggest, and has an amazing presence in the air.

The new thoroughbred “Big Air” Aresti is a 2.75m (108”) aerobatic sailplane that has exceeded expectations throughout the entire design and flight envelope. Although it’s a large sailplane, its pretty light so the Aresti 2.75m / 108" will fly anything from the merest whiff to howling gale, and with its large ballast capacity of course it can handle both situations very well.

It is big and impressive on the ground, and majestic in the air with a wide ranging yet very forgiving flight envelope – the big Aresti 275 is an ideal combination to make you look so good from arrival at the slope with your monster sailplane to departure after some stunning flying!

Originally designed as F3X type tailplane aerofoils the sections were refined to provide for maximum control response with minimum deflection, and therefore drag; so the tradeoff was the infinitesimal increase in drag offset by the increased control response for less deflection. At 10%, the fully symmetrical double cusped (Undercamber AND “Overcamber”) section is thick enough to give good aerobatic response yet still carries a good ballast load and lightly loaded works well in sketchy air.

The optimized sections will let you go from gut busting aerobatics, through big air, graceful maneuvers down to really slow landing speeds with the flaps down. Large ailerons, large flaps and a semi elliptical wing plan form each add to the overall performance of the sailplane. We are stockg the carbon/glass hybrid lay-up version. Horns are factory fitted with well thought out geometry to allow flush servo installation using almost any servos, making a huge range of servos possible. Using conventional linkages, it’s easy to get a clean, practical and most importantly serviceable wing installation optimized to use full servo travel to give high torque and low slop. Ballast tubes in the wing add to the flexibility.

Used in several military aircraft, the Aeroic Sine Wave Spar has been adapted for the first time to make up the heart of a model sailplane wing, and has frankly amazed us with its low weight, and ultra-high strength. Unlike a conventional spar the Sine Wave Spar adds terrific torsional strength and yet actually weighs considerably less than the older non-optimized spar. Now used in all Aeroic sailplanes, the Aeroic Sine Wave Spar is a lighter and far stronger upgrade that raises the technology level yet another notch and could be a game changer in model sailplane technology.

The beautifully curved fuse is massive, deep, and balanced front to back to give the side area required for some aerobatic maneuvers. Yet it’s strong, light, and stiff with Carbon/Kevlar reinforcement and gives that all important resilience in the boom. Electronics area is 2.4 GHz friendly with access to the radio and ballast through a conventional slide-on hatch type canopy. The long nose area accentuates the pretty lines but also provides plenty of space to easily balance the model without resorting to shoehorning lead in every nook and cranny! Snakes, or rear mounted direct servos can be used for Rudder/Elevator control. These are all positioned to take the ‘head scratching’ out of installing the radio gear and to allow the use of standard 19/20mm round ballast slugs, 8 of them if you need them, which added to the optional ballast in the wings allows more than 1.5kg capability!

The rudder is designed large enough to be effective for both aerobatics and slow landing speeds. Wing stub fairings with location dowel holes finish the fuselage with green Multiplex connectors to connect the electronics pre-routed.

The aerofoils were specifically designed for the tailplane and this time for maximum control response with minimum deflection. At 10%, the tail sailplane section is thicker than is the norm but the infinitesimal increase in drag is easily offset by the increased control response for less deflection. To further increase the efficiency, pitch control is accomplished by using an elevator. No wobbly all moving tail and the elevator is driven by either an optional ball raced bell crank from a servo in the fuse, or where ultimate control is required, a servo can be placed in a hatch through the fin to give solid elevator control. The tails remain removable for convenient transport or storage.

The Aresti 2.75 has a large impressive joiner! Made from UHM UD carbon, massive is the only way to describe this part. The 40 x 20mm section and at over half a metre long this joiner can and can easily light acro DS.

The Aresti 108 has been designed with far greater capability potential than any aerobatic slope model that we know of. This, coupled with the fact that the pre-production models underwent thorough testing, not only in flying performance, but also in making the installation straightforward and practical, leads to a sailplane that is a snip to fit out, and flies like the true thoroughbred it is. To make life a bit easier, Aeroic includes a full wiring harness as well as the complete linkage, CNC-cut radio tray and accessory package with this model. 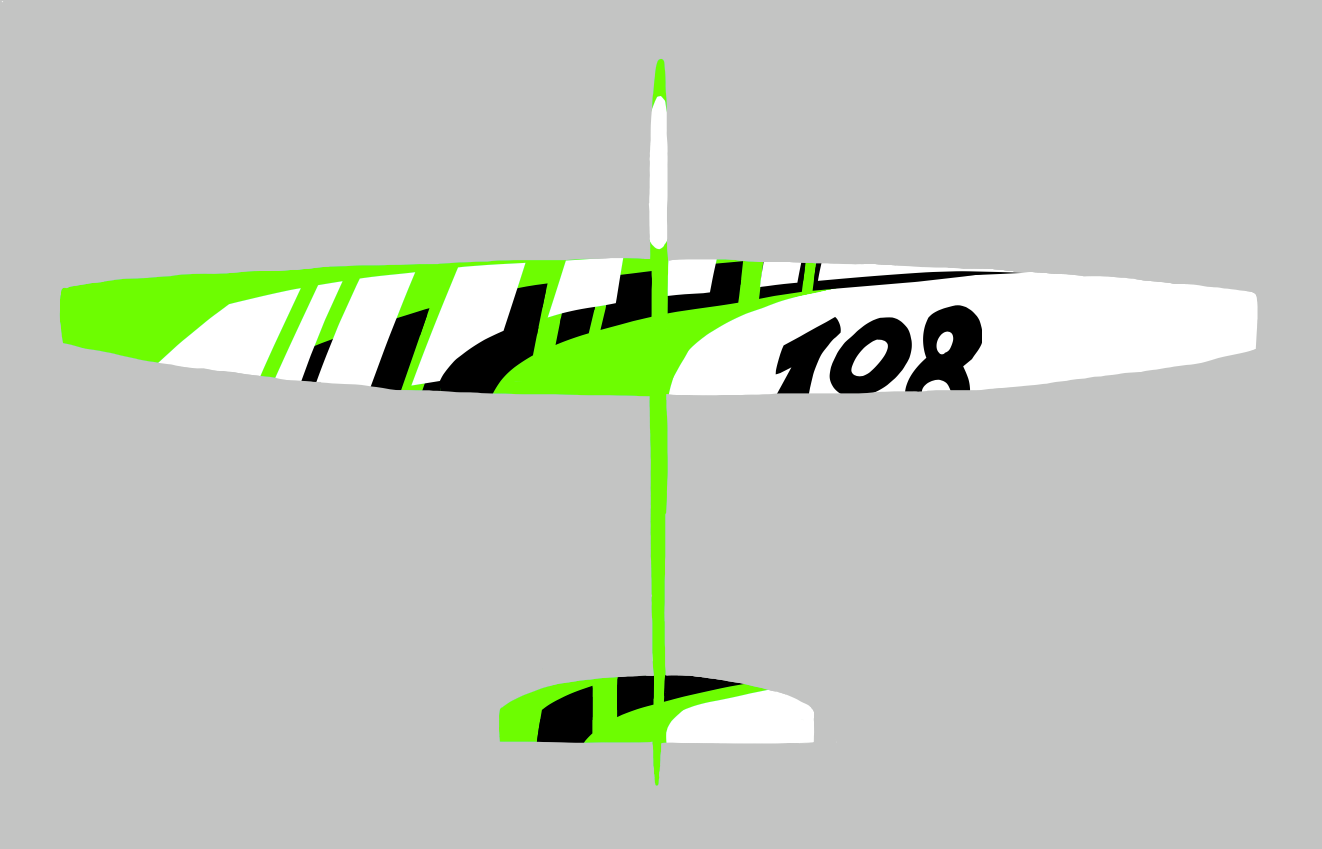 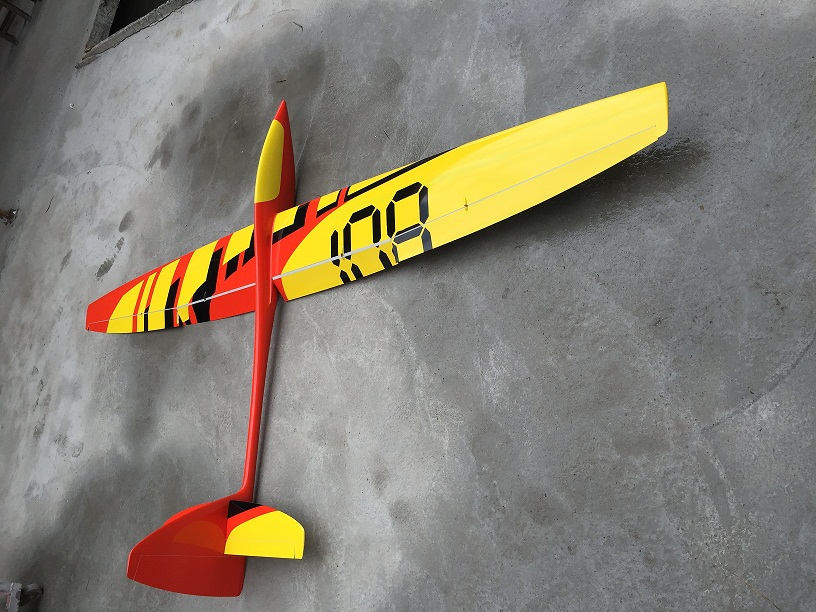 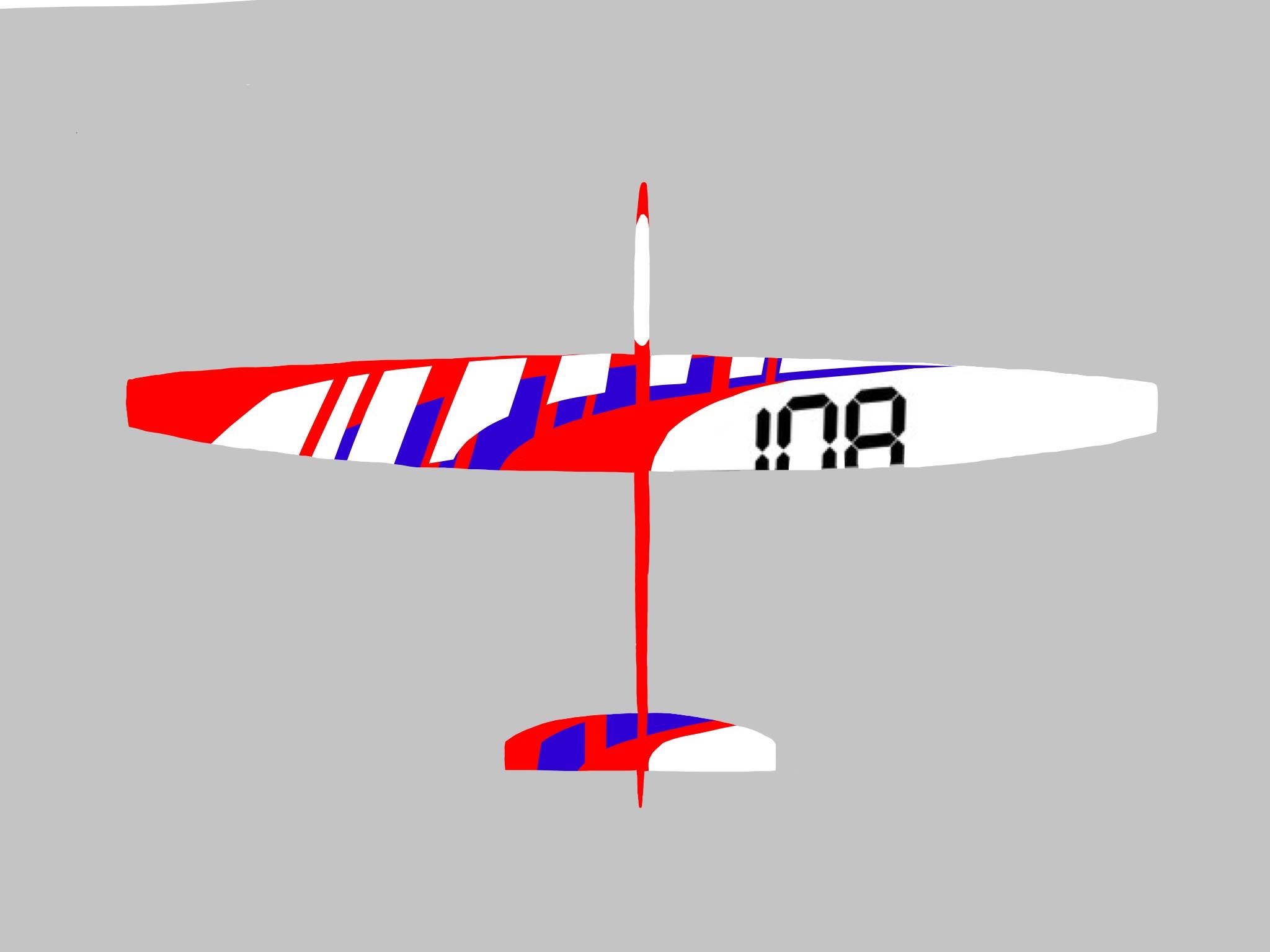 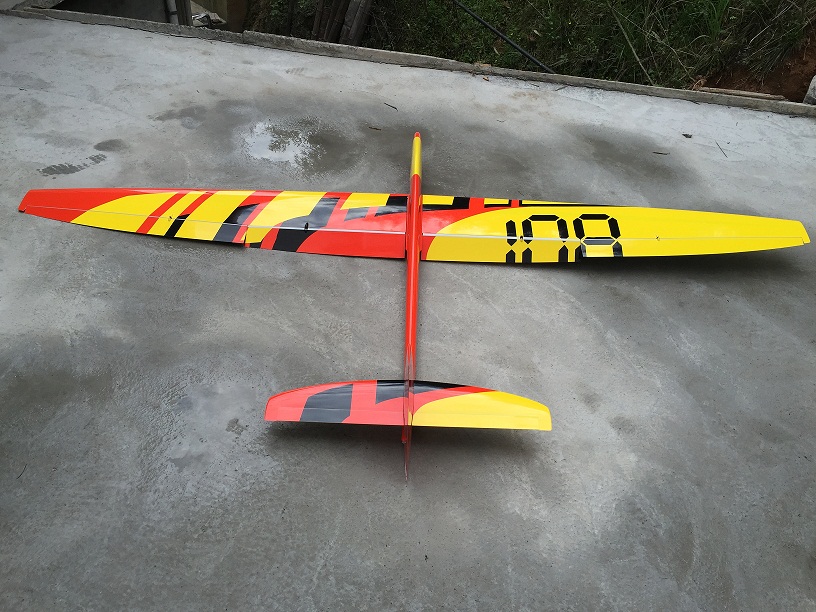 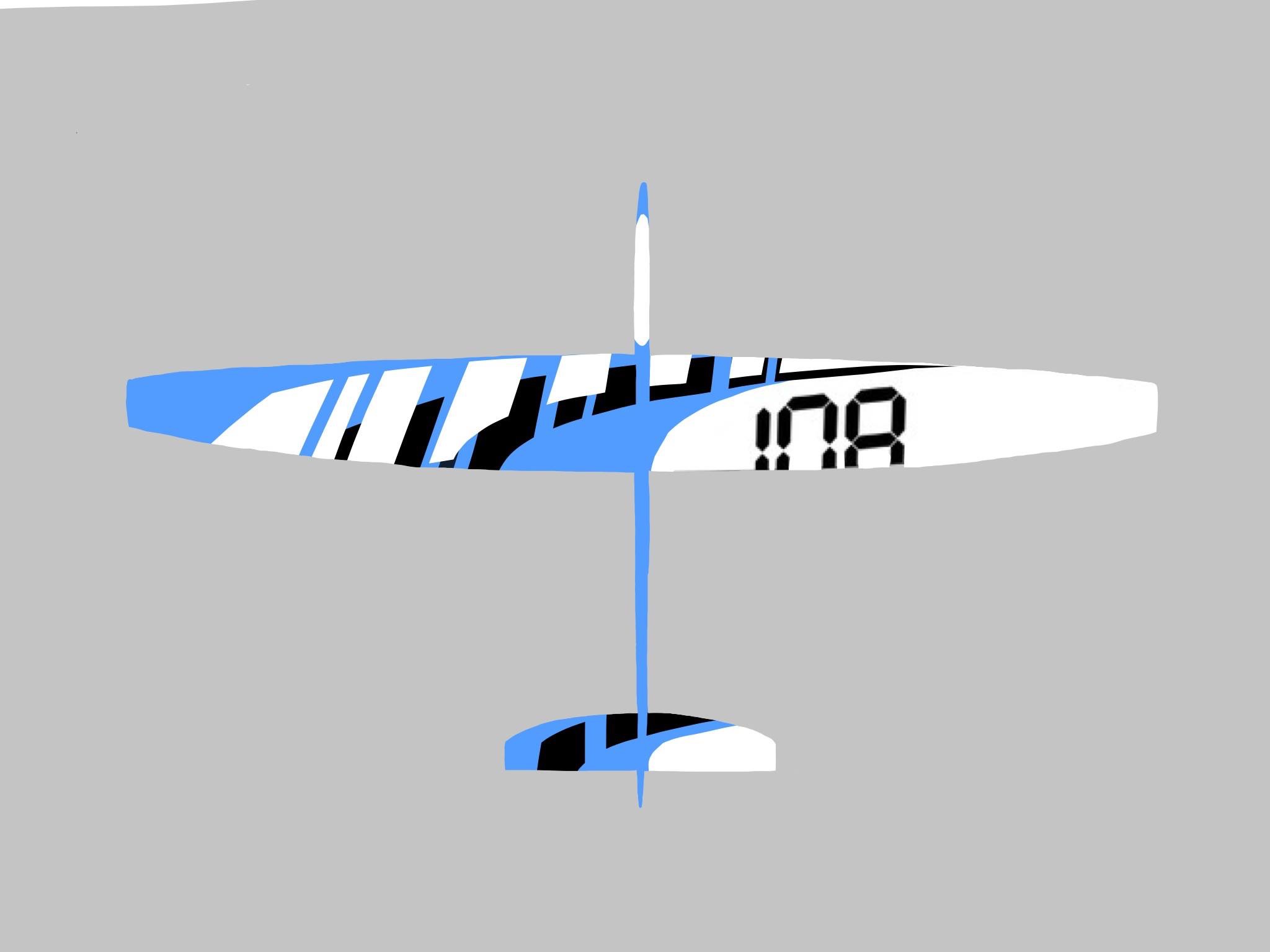 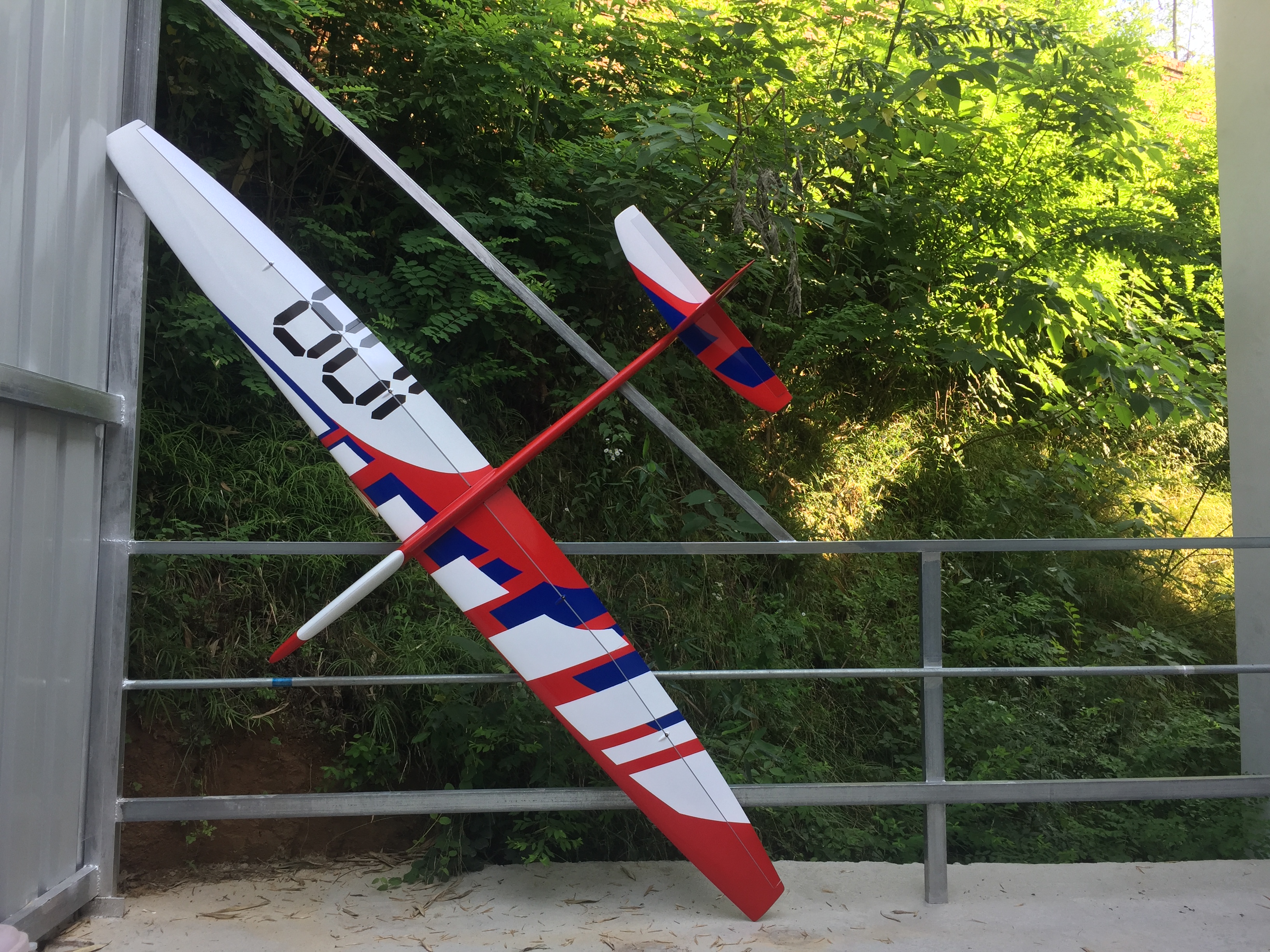 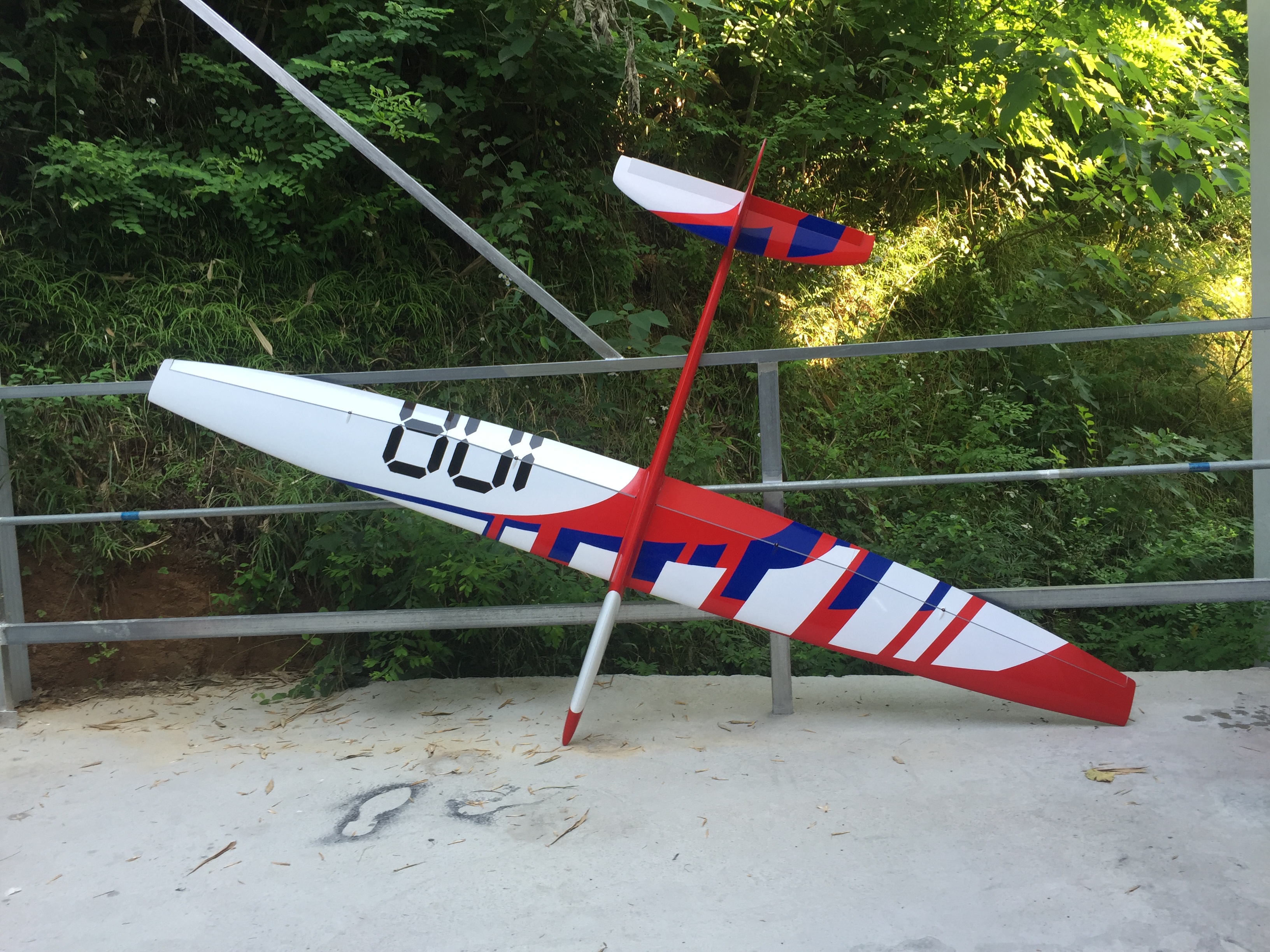 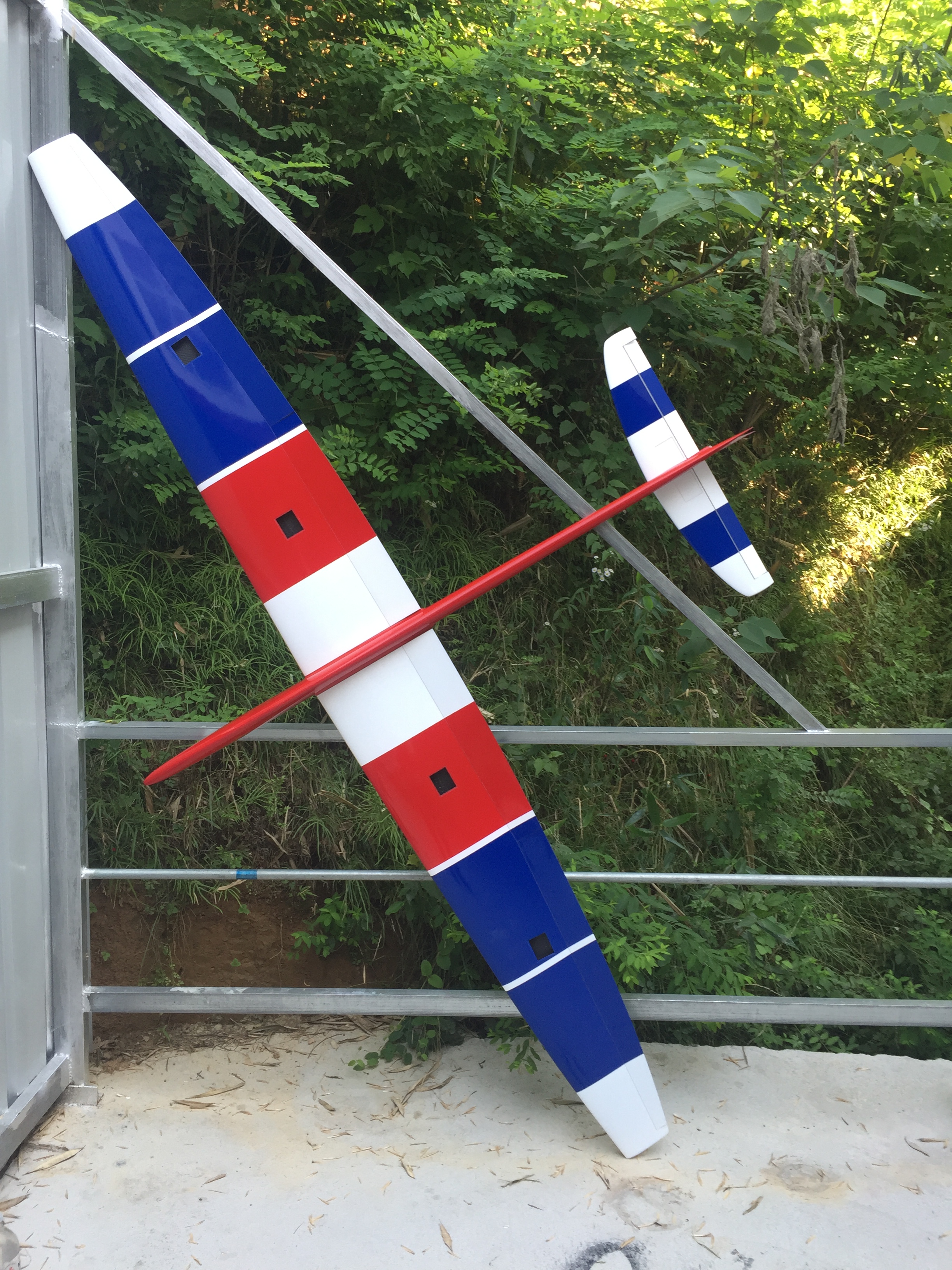 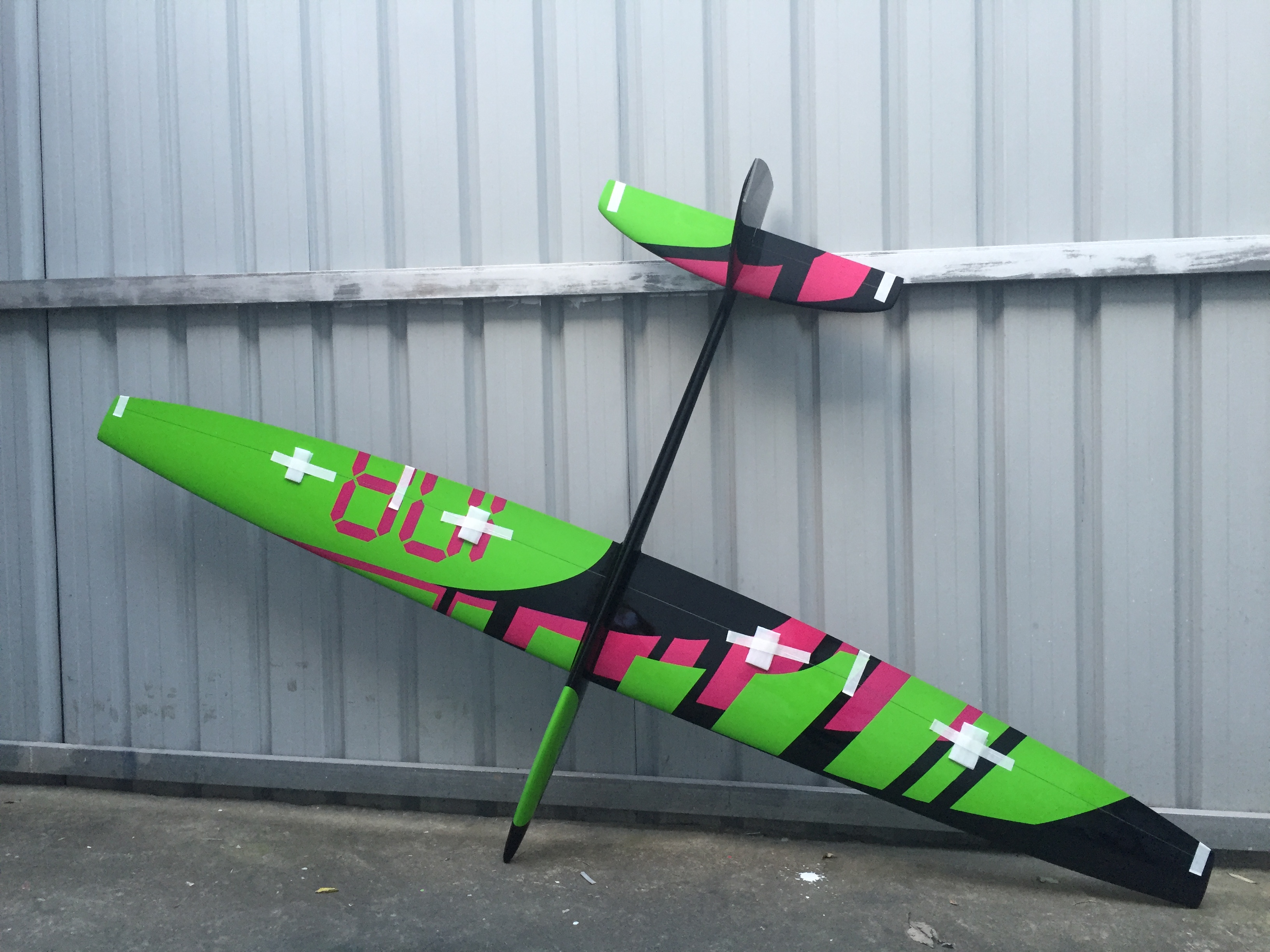 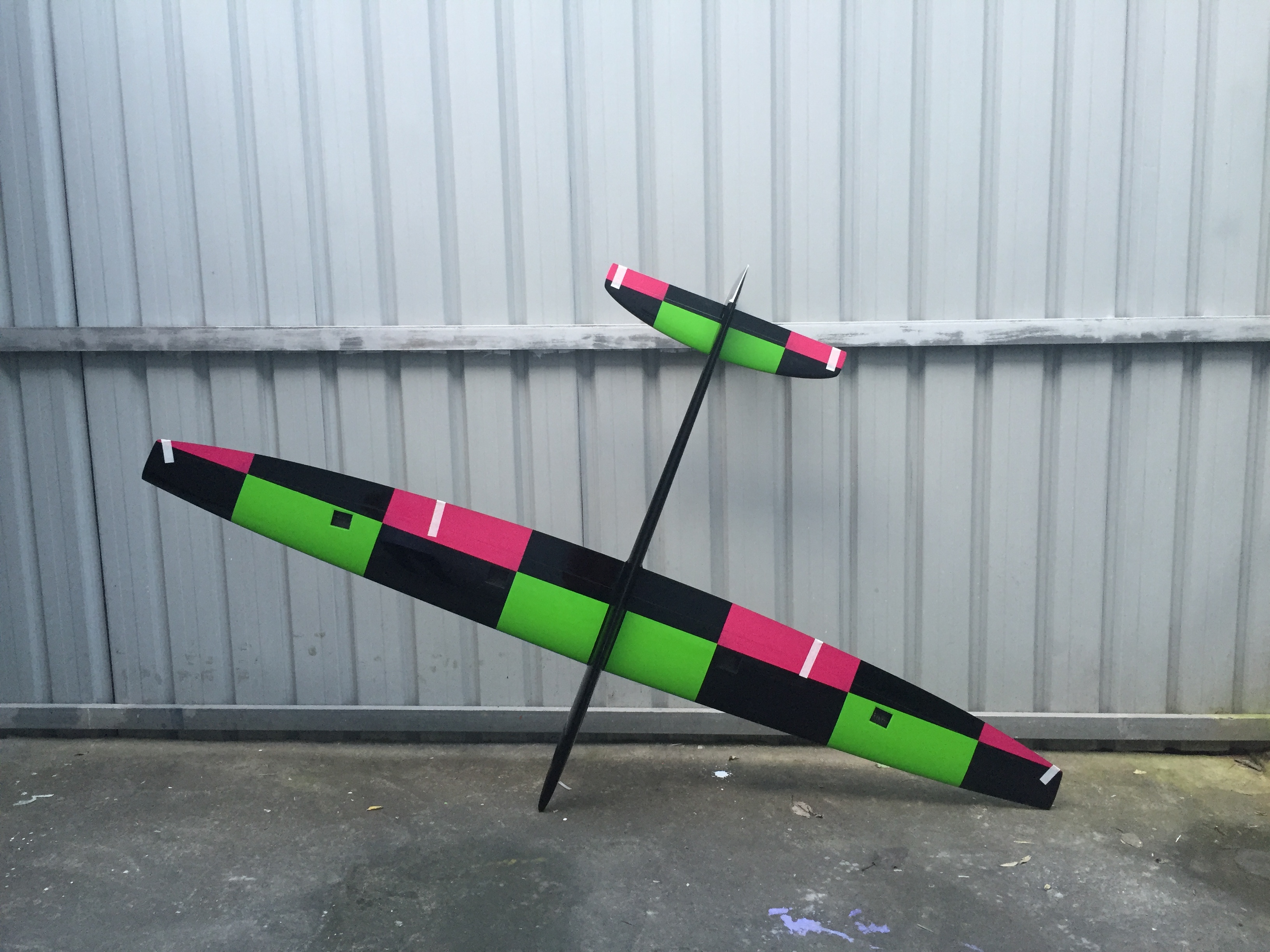 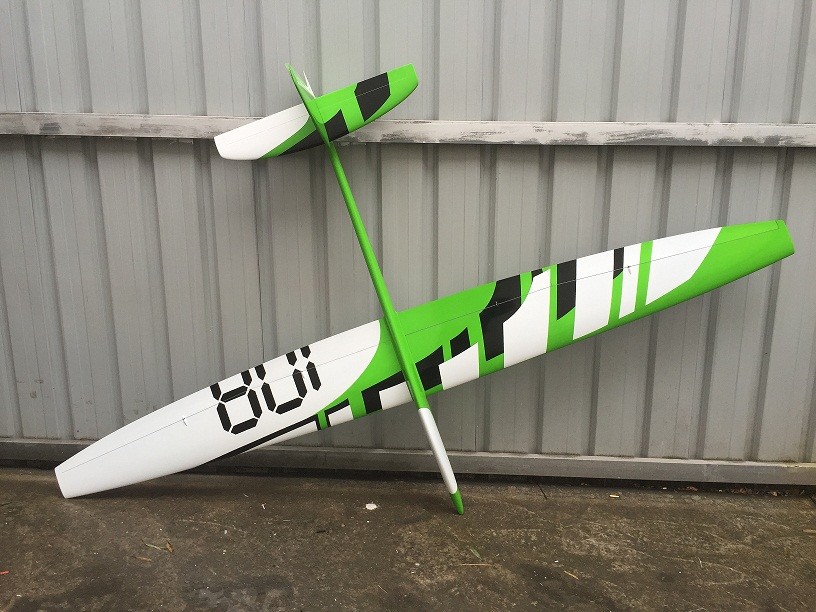 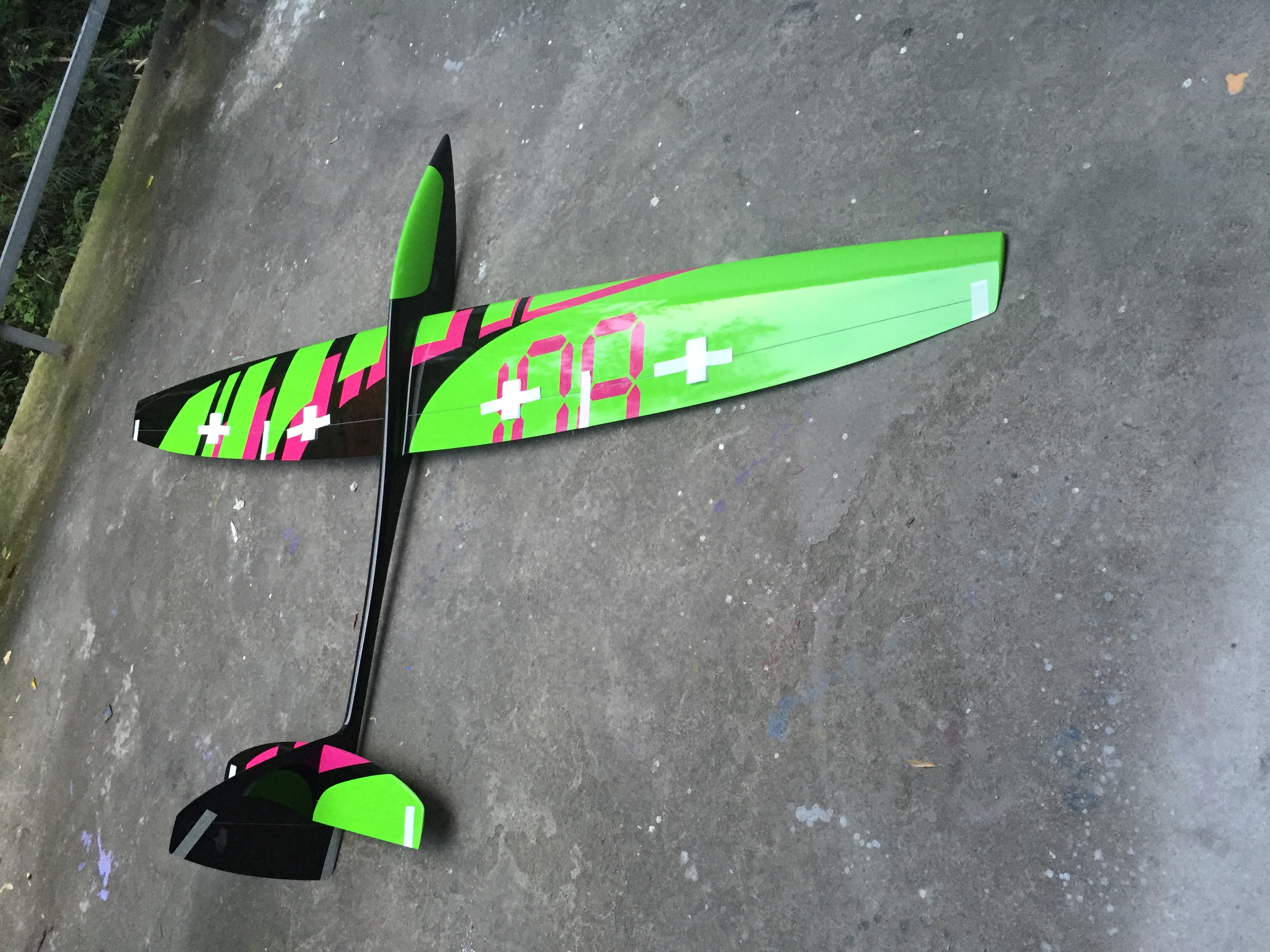